What Are The Health Benefits Of Safed Musli?

Safed Musli is a healing plant that is generally used for Sexual Weakness and Impotence. It is the most important herb described Ayurveda for vigorous. 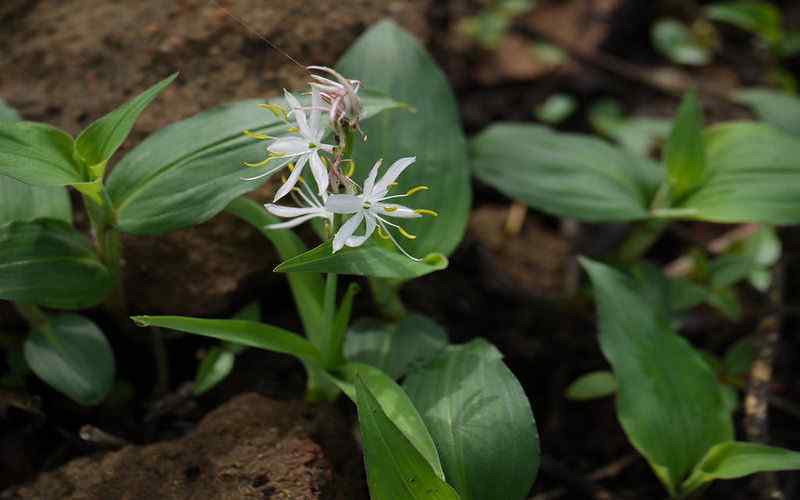 Safed Musli plants are small in size, they generally have white flowers and are grown in scattered panicles up to 120 cm long.

Some varieties of Safed Musli species also carry seedlings around the panicle, which are rooted in touching the ground. The tuberous roots of this plant are used to prepare herbal products and varieties of Ayurvedic medicines.

They are generally used as a nutritional tonic to cure general sexual weakness. This plant naturally grows in the central areas of India, where the temperature and climatic conditions are suitable for growth.

In this are the land are sandy loam and the water is absorbed easily by the earth so it is ideal for the growth of Safed Musli. Safed Musli has rich source vitamins and about more than 25 alkaloids, besides this, it has proteins, steroids, polysaccharides, and carbohydrates.

Today Safed Musli is in demand not only in India but throughout the world. Due to its vigorous properties, it is also known as such as “Indian Viagra”, “Golden Roots”, “Herbal Viagra”, “The Wonder Harvest” etc.

Chlorophytum borivilianum also called Safed Musli is used as a productive booster agent who has opened up stations for its commercial sales, farming in a number of regions around the world.

Its incomparable therapeutic and healing properties have made it a key element in the preparation of a number of Ayurvedic formulations.

Due to its multiple medicinal benefits, the plant has been identified as the sixth most significant herb by the Medicinal Plants Board, to be preserved and protected. Below is some of the benefit of it.

1. It helps in diarrhea

Chlorophytum borivilianum is used as a treatment for general debility. It is used in the treatment for diarrhea and dysentery and as a visualizer for the entire body.

The root powder is deep-fried in ghee (clarified butter) and munched to get rid of throat and mouth and infections. It is also used as a remedy for arthritis and is often used as the ingredient in paan in India and Pakistan

2. It is the best herbal viagra

It is a herb that can boost the immune system. Chlorophytum borivilianum has immunization stimulating properties which can be helpful for overall health.

The research was done on rats also stated that they found an increase in sperm count within 60 days of regular doses given regular given to the rats.

So they believe that the roots of Chlorophytum borivilianum can be useful to cure certain forms of sexual deficiencies such as premature ejaculation or oligospermia.

In other reports, rats have benefited from this plant and shown increased sexual activity and increased libido as well as having a significantly higher sperm increase.

It has been used as a tonic for sexual condition by Indians for centuries, and they believe it is a sex booster for both sexes.

3. It is best antibiotics

Chlorophytum brorivilian roots have Anti-stress and anti-oxidant properties. It has also been confirmed in a study performed by Santa Pau & Fernandes and been published in “The Indian J Exp Biol”.

Besides this, the Department of Pharmaceutical Sciences and Mumbai University Institute of Chemical Technology also confirmed in 2007.

They stated that the sedimentary extract of Safed Musli has found a noticeable amount of triglycerides, cholesterol, serum corticosterone and plasma glucose which can be helpful in decreasing the ulcer index, suprarenal gland, and weight

It was more as productively as the standard drug (diazepam) research done on rats. They stated that Safed Musli can also be used for the treatment of oxidative stress-induced disarrays.

Chlorophytum brorivilian works as an overall tonic and for its so-called stimulative purposes, the powdered root has to be taken with warm milk.

One teaspoon of root powder in a glass of warm milk can be taken in the morning and evening, although once a day is useful as a general health tonic.

It is also used as a treatment for arthritis, rheumatism and joint pain and is said to boost the immune system. It is believed by therapists in Chhattisgarh, India, that if you only eat the leaves of Safed Musli as a vegetable once in a time of a year, your body will be immune from the disease for the whole year.

Other Uses of Safed Musli Powder