13 Antiviral Herbs That Will Help Against The Corona Virus

Nature is great it offers us many treasures, there are many plants with powerful antiviral effects that have been used for ages but were neglected by us. 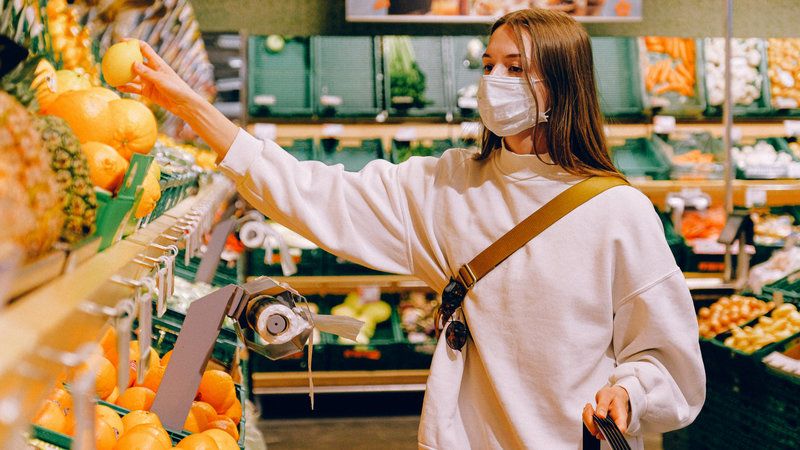 Since ancient times, medicinal and aromatic plants have been used as natural treatments for various diseases, including viral infections thanks to their concentration of powerful plant compounds.

Among the plants, many were used in Ayurveda, and in Chinese medicine, reports have been published that Chinese hospitals used herbs such as mint, licorice, and astragalus with patients infected with SARS-CoV-2.

The Plants That Have Antivirals

What plants have antivirals? These herbs can be taken as an infusion, tincture, or capsules. Many are common in Mediterranean regions and can also be used in cooking such as basil, sage, and oregano.

The oregano is a plant of the mint family, known since ancient times for its amazing medicinal qualities. It contains plant compounds like carvacrol with antiviral properties. In one study, both oregano oil and isolated carvacrol reduced the activity of murine norovirus (MNV) within 15 minutes of exposure.

MNV is highly contagious and is the leading cause of the human stomach flu . It is very similar to human norovirus. Oregano oil and carvacrol have also been shown to exhibit antiviral activity against herpes simplex virus type 1 (HSV-1); against rotavirus, a common cause of diarrhea in infants and children, and against the respiratory syncytial virus (RSV), which causes respiratory infections.

It is also a member of the mint family. It is an aromatic plant that has long been used in traditional medicine to treat viral infections. The antiviral properties of sage are primarily attributed to compounds called safficinolides and are found in the leaves and stem of the plant.

In vitro laboratory research indicates that this herb can fight human immunodeficiency virus type 1 (HIV-1), which can lead to AIDS. This study only suggests the possible use of sage extracts as a topical disinfectant. It does not assess the effect internally.

Sage has also been shown to fight HSV-1 and the Indiana vesiculovirus, which infects farm animals such as horses, cows, and pigs.

There are many types of basil, including sweet or “holy” varieties of tulsi from India, that can fight certain viral infections. For example, in an in vitro study, sweet basil extracts, containing compounds such as apigenin and ursolic acid, were found to exhibit potent effects against the herpes virus, hepatitis B, and the enterovirus.

Holy basil, also known as tulsi, has been shown to boost immunity, which can help fight viral infections. In a 4-week study in 24 healthy adults, supplementation with 300 mg of holy basil extract significantly increased levels of T helpers and natural killer cells. These immune cells help protect and defend the body against viral infections.

The fennel is a plant with a licorice flavor that can fight certain viruses. An in vitro study showed that the extract exhibited strong effects against herpesvirus and parainfluenza type 3, which causes respiratory infections in cattle. Furthermore, trans-anethole, the main component of fennel essential oil, has shown powerful antiviral effects against the herpes virus.

According to data from animal research, fennel can also boost the immune system and decrease inflammation, which can also help fight viral infections.

The garlic is a popular natural remedy for a wide range of diseases, including viral infections. According to a recent study by Vietnamese researchers, the 17 sulfur compounds found in garlic inhibit ACE2 proteins in human cells and SARS-CoV-2 virus enzymes, which could reduce their infective capacity.

Previous studies have shown that garlic can have antiviral activity against influenza A and B, HIV, HSV-1, viral pneumonia, and rhinovirus, which causes the common cold. In vitro animal studies indicate that garlic improves the immune system response by stimulating protective immune cells, which defend against viral infections.

Peppermint is known to have powerful antiviral qualities and is commonly added to teas, extracts, and tinctures intended to treat viral infections naturally. Its leaves and essential oils contain active components, such as menthol and rosmarinic acid, which have antiviral properties and anti-inflammatory activity.

The rosemary has therapeutic applications because of its numerous plant compounds, including oleanolic acid. Oleanolic acid, in studies, has shown antiviral activity against herpes, HIV, influenza, and hepatitis viruses in animals.

In addition, rosemary extract has shown antiviral effects against the herpes virus and hepatitis A, which affects the liver. Rosemary can be used in cooking to flavor all kinds of dishes.

The elderberry is a shrub belonging to the family of Caprifoliaceae. The elderberry becomes a variety of products, such as tonics, pills, and juices that are used to treat viral infections naturally as influenza and the common cold. A study in mice determined that the concentrated elderberry juice suppressed the replication of the influenza virus and stimulated the response of the immune system.

The Licorice has been used in traditional Indian medicine Ayurveda and Chinese medicine, other natural healing traditions for centuries. It is one of the plants that have been used in Chinese hospitals for the official protocol treatment of patients infected with SARS-CoV-2.

The studies had proven its usefulness against respiratory viruses and its antiviral action had been verified in the laboratory. The glycyrrhizin, the liquiritigenina glabridin and are only some of the active ingredients in licorice having powerful antiviral properties.

Note: Pregnant women should not consume licorice and should not be taken for more than six weeks in a row, as in some people it can cause hypertension, edema and enhance the effect of diuretics.

Katira, also known as Gond Katira in Hindi, is a popular herb with flowers used in Ayurveda and in traditional Chinese medicine. It has polysaccharides with important antiviral qualities and immune enhancers. It is another of the plants used in China in the treatment of patients affected by COVID-19.

In vitro and animal studies show that astragalus fights herpes virus, hepatitis C, and H9 avian influenza virus and suggests that it may protect astrocytes, the most abundant cell type in the central nervous system. Recommended of 4 to 7 grams of the root of the plant per adult.

Ginger is a popular herb of Ayurveda it comes in products, such as elixirs, teas, and lozenges, are popular natural remedies, and for good reason. Ginger has been shown to have impressive antiviral activity thanks to its high concentration of powerful plant compounds.

Test-tube research shows that ginger extract has antiviral effects against avian influenza, RSV, and feline calicivirus (FCV), which is comparable to human norovirus. Furthermore, specific compounds in ginger, such as gingerols and zingerone, have been found to inhibit viral replication and prevent viruses from entering host cells.

The ginseng is the root of plants of the family Panax. Long used in traditional Chinese medicine, it has been shown to be particularly effective in fighting viruses. In animal and in vitro studies, Korean red ginseng extract has exhibited significant effects against RSV, herpes virus, and hepatitis A.

Additionally, the compounds in ginseng called ginsenosides possess antiviral effects against norovirus and coxsackievirus, which are associated with several serious diseases, including meningoencephalitis.

The dandelion is a weed that is easily found in the countryside. In vitro research indicates that it can fight hepatitis B, HIV, and the flu. Additionally, an in vitro study test found that dandelion extract inhibited the replication of dengue, a mosquito-borne virus. This fatal disease can trigger symptoms such as high fever, vomiting, and muscle pain.

antiviral herbs in india, antiviral vitamins, foods that are antiviral and antibacterial, natural antivirals for flu

« What Is Hatha Yoga? What Are The 8 limbs Of Yoga?
Ayurvedic Ways To Improve Digestion »