Shankhpushpi Plant – How to use flower, leaves, roots & seed for health benefit?

Shankhapushpi (Convolvulus pluricaulis) is a perennial herb and consider as a most wonderful gift of nature to mankind, it looks like morning glory with blue flowers situated at alternate positions with flowers or branches. 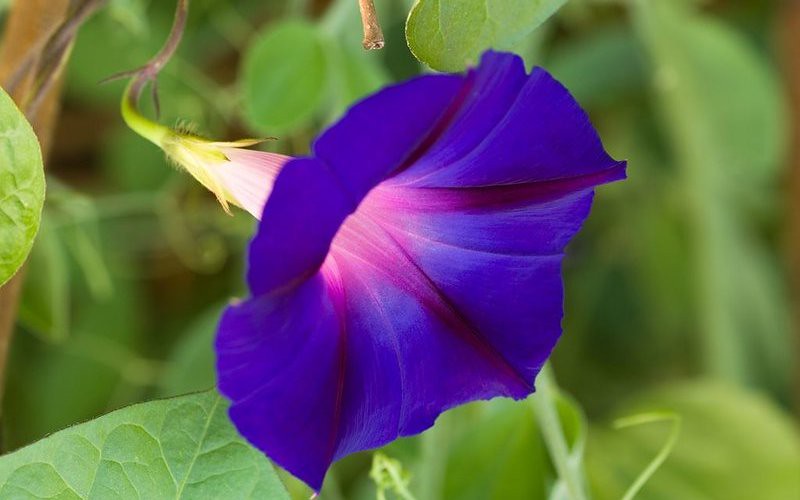 Shankhapushpi flowers are found in blue, pink and white in color, it’s about 5mm in size the leaves are located at alternate positions with branches, the flowers are elliptic in shape and about 2mm in size.

Shankhapushpi branches are spread around the ground with more than 30 cm long. It is known as Aloe weed in English and a botanical name, Convolvulus pluricaulis.

All part of Shankhapushpi herb is known to possess therapeutic benefits and is used as medicine to cure many diseases. Shankhapushpi (Convolvulus Pluricaulis Choisy) herb is commonly found in India, especially in the state of Bihar and Punjab.

It generally grows on a sandy or rocky area, under xerophytic conditions in northern India. Convolvulus pluricaulis is generally known in the region around Sind deserts and the Sahara and the area called Saharo Sindian.

The herb produces flowers during the months of September and October which can range from white, blue to light pink in color.

It is also known by other names such as azulejo, bandera, conchita azul, campanilla, cordofan-pea, choroque, papito, zapotillo, etc.

Shankhapushpi is indigenous and considered as one of the very important herbs in Ayurveda. According to Ayurveda, Shankhapushpi is pungent, alternative tonic, bitter, brightens intellect, improves complexion, increases appetite, useful in biliousness, epilepsy, bronchitis, teething troubles of infants, etc.

It is regarded as alexiteric and tonic to improve memory and to tone the brain. From ancient times in India, people of all age groups (especially students, teachers, and philosophers) always have tried Shankhapushpi. It is also one of the best herbs that are used for enhancing the beauty and helps in nourishing all the layers of skin.

Parts Of The Plant Used

There are many ayurvedic formulations containing Shankhpushpi as a single drug or in combination with other drugs available in the Indian market.

It is generally advertised for “memory enhancement”. Some of the important Ayurvedic formulations using the herb are given below:

Shankhapushpi plant is used as a remedy for many diseases; it is also one of the most important ingredients used for treating syndromes- disorders such as anxiety neurosis, stresses, hypertension, hypotension, etc.

Due to its memory-boosting property, Shankhapushpi herb is useful to treat neurodegenerative diseases such as Alzheimer. It has anti-ulcer properties that are helpfulness in ease the symptoms of Dementia, hyperthyroidism and reduces the activeness of a liver enzyme.

The Shankhapushpi herb is very beneficial in fighting with different types of ulcers which are formed in the body due to mucous secretions and glycoprotein I can also improve the nerve tissues, increasing bone marrow quality and nerve tissues.

The plant has anti-ulcer properties, it also has a mucosal defensive element like mucin secretion and glycoproteins. It also has been studied that Shankhapushpi is the best remedy for hypothyroidism.

Shankhapushpi herb is used as an alternative, tonic, and febrifuge it is also used for nourishing the layers of skin and helps in Enhancing Beauty. Shankhapushpi is used in the form of decoction with milk and cumin

The extract of Shankhapushpi herb helps to decrease the cholesterol level in the blood including phospholipids and triglycerides; it also helps in removing certain types of fatty acids that are harmful to the body.

Painkilling or analgesic is one of the important properties of Shankhapushpi plant. These pain killer properties are beneficial in dealing with osteoarthritis, rheumatic pains, arthritis, etc.

The pain killer effects produced by Shankhapushpi were very similar to morphine-induced ones.

The thyroid gland is an important gland which controls the function of metabolism in our body by producing thyroid hormones. The excess of thyroid hormones can result in hyperthyroidism disorder.

This Hyperthyroidism can be reduced by taking Shankhapushpi extracts on a regular basis.

Note: To get the best remedial effect it is necessary that the quality and part of the herbs used must be of the best quality. The properties of the herbs may be different from one region to another. Harvest at a proper ripening time is yet another important factor for herbal quality.

Naturally grown herbs are supposed to be more powerful and effective than the herbs cultivated as habitat plays an important role.