Home » Wellness Tips » You are reading »

Ayurvedic Cleanse – How To Cleanse Your Body With Ayurvedic Medicine & Herbs

Detoxification literally means cleansing the blood; it is a natural process of the body in which the toxins are removed by the body. In this process the removing of impurities from the blood is performed in the liver, where toxins are processed for elimination. 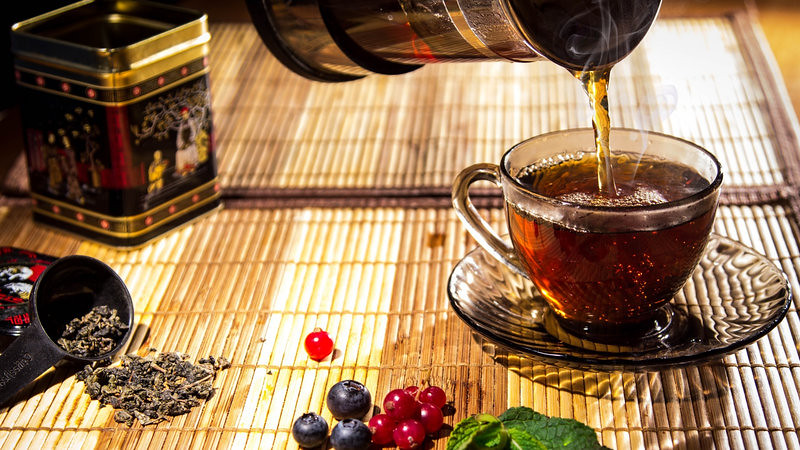 There are other ways in which the body eliminates toxins such as through the intestines, kidneys, lymphatic system, skin and lungs.Detoxifying is a key process which helps our body to maintain vitality, youth as well as reversing the ageing process. There are many ways in which internal purification can be done.

The Ayurvedic way of Detoxification have a long history; it’s dating back almost shows more than 5000 years ago. Ayurvedic Vedic texts called Charaka Samhita have many therapies mentioned in it for different ailments.

The ways of body Detoxification is well mentioned in Ayurveda called “Kaya Kalpa” it is a therapy that is performed to reverse the physical degeneration caused by age.

Here the word “Kaya” means “body” and the word “Kalpa” means “transformation” it is a true science of “rejuvenation” that makes you young again.

When it comes to Detoxification Ayurveda recommends “Triphala” it is all in one solution to a health solution besides cleansing.  Triphala is a blend of three fruits, mixed in equal proportion of the herb known as Amalaki (Emblica Officinalis) Haritaki (Chebulic Myrobalan), and Bibhitaki (Bellirica Myrobalan).

This mixture is also known as churna, it works towards cleansing the digestive system, colon and detoxifying the entire body. According to Ayurveda, our digestive fire is a main element that is responsible for over-all health. It is our solar Plexus that helps us to digest and assimilate the nutrients in our food.

Trikatu is another foremost ayurvedic medicine recommend in Ayurveda for body detoxification. Trikatu is also a mixture consist of three herbs that combined into same proportion, the ayurvedic herbs such as Pippali (Piper Longum) , black pepper and dried ginger are used.

Trikatu is a well-known ayurvedic formulation that helps to cleanse the colon, purify the circulatory system, helps in stimulating digestion as well as revitalizing the digestive fire or so called “Agni” in Ayurveda.The herbs used in Trikatu have properties that work in synergy to stimulate the digestive fire.

This stimulated of a digestive fire boost the process of digestion in the stomach and promotes proper bile flow and healthy detoxification. The process of healthy digestion promotes digestive tract to digest food and to absorb nutrients; it also efficiently removes toxic wastes not required for body.

Madhunashini is a Sanskrit name for Gudmar and scientifically as “Gymnema Sylvestre.” In Ayurveda it is defined as a “sugar destroyer” and also known for its cleansed effects. The herb Madhunashini has properties that help to cleanse the pancreases by eliminating the unnecessary sugar, allowing the normal operation of the gland.

In addition to that it also detoxifies the blood and reduce the level of blood sugar. Besides this, Madhunashini has properties known as Gymnemic acid’s lupeol, quercitol, stigmasterol and beta-amyrin which work together with to maintain healthy blood-glucose levels.

Consuming fresh juice of Madhunashini increases the appetite as well as stimulates the livers which indirectly detoxify the body for better functioning.

Manjistha is a Sanskrit name for Majith or Rubia cordifolia, it is another herb known for body detoxification. It has a property that boosts liver functioning, which ultimately helps to clean kidneys and pancreas, which indirectly support overall health functioning.

It also helps in cleanse the impurities from the lymphatic system and purify blood. The antioxidant scavenging properties in Manjistha additionally helps to detoxify the brain and safeguard it from tumors.

Besides this Manjistha, herbs also enhance our immune systems, due to its lymphatic system process in which the toxins from the lymph nodes are removed.

Arista is a Sanskrit name for Neem, it is other most important ayurvedic herbs. Neem have been used for many health benefits such as for beauty care,dental care as well as for detoxification. Due to multiple properties like antifungal, antibacterial, antiseptic and antiviral, it makes neem a wonder herb with many health benefits.

Neem is also known as blood purifying herb that helps to detoxify the body by relieving it of unneeded metabolic waste. This bitter taste herb also has a powerful anti-inflammatory property, which is known for its wound healing, weight loss as well as maintaining a sugar level.

The easiest ways to overcome toxification just chew a few leaves of neem leaves in the morning on an empty stomach.

Kaarvellakah is a Sanskrit name for bitter melon or bitter gourd; however, it is commonly known “karela” an important Ayurvedic fruit which is quite popular among Indian. Bitter gourd is also a fruit that has multiple health benefits, including detoxification.

Bitter gourds are packed with fiber, iron and other sources such as potassium, calcium and several vitamins. These properties in Bitter gourd make it a well-known blood purifier and a powerful detoxifier too.  Bitter melon also has been as detoxifying agent due to its anti-parasitic, antibiotic, and antiseptic qualities.

This property in it helps to nourishes liver and pancreatic health; at the same time regulate the levels of cholesterol and triglycerides.

Adraka is a Sanskrit name for Ginger; it is a herb that have been in used as a spice around the world since ages. Ginger is also known as a herb that have powerful detoxification properties. The detoxifying properties of ginger are due to its high concentration of “shoga” and “gingerol”.

The harmful toxins in the body generally weaken the process of digestion, which ultimately affects over-all health. Ginger has anti-inflammatory and anti-spasmodic properties that boost the gastrointestinal system.

It by stimulating GI system helps in digestion and cleanses the build-up of waste and toxins in the liver, colon, and other organs.

Haridra is a Sanskrit name for Turmeric; it is a herb that has been widely used in Ayurvedic as well as in Chinese medicine to treat digestion and liver disorders. Turmeric has powerful phytochemicals properties that not only give turmeric its unique bright yellow color but also inflame production of bile by the gallbladder.

In the process of digestive fire, bile eliminates toxins in liver and revitalizes cells that break down unhealthy compounds. Besides this, Turmeric also has anti-oxidative and anti-inflammatory properties.

The studies have shown that these properties can be useful in preventing and treating cancer and Alzheimer’s disease.

Payasvini is a Sanskrit name for Dandelion; it is an herb that has been used to purify the blood, to prevent piles, major gallbladder problems etc. In an preliminary research it was found that it have a properties that can help to improve liver and gallbladder function.

The fresh juice prepared from the leaves and root if consumed can be useful in treating fever, indigestion and liver diseases, which are an important factor responsible for detoxification.

Besides this, Dandelion is full of nutritional value such as vitamins A, B6, C, D and K and minerals such as potassium, iron and zinc. It also has beta carotene, which is believed to be higher in contained than carrots.

Ashwagola is a Sanskrit name for Psyllium husks, it is also known as Isabgol. The unique characteristic about Isabgol is that it when mixed with water gets swell up and create a slippery gelatin-like substance.

The significant part in all detox program; it’s to make sure that toxic wastes are being removed from the body. Psyllium husk has natural laxative and Metamucil fibre properties, which helps to boost a digestion process. The “gelatin” in isabgol holds a great amount of water, helping to soften the feces and smoothes the bowels.

Beside this Isabgol do have many other properties such as valine, amino acids, glutamic acid, acid, alanine, cystine, glycine, leucine, lysine, which is beneficial for overall health.

« How To Keep Body Cool In Summer? The Body Cooling Foods of Ayurveda
Yoga Nidra Meditation- A Yoga Benefits For Sleep & Relaxation »