15 Benefits Of Quitting Smoking That You Might Not Know

Vast majority among the population knows that tobacco is bad for health, being linked to such serious problems (among many others) there is a much higher probability of suffering from lung cancer, a decrease in life expectancy and severe respiratory problems, chronic obstructive pulmonary disease and cardiovascular. 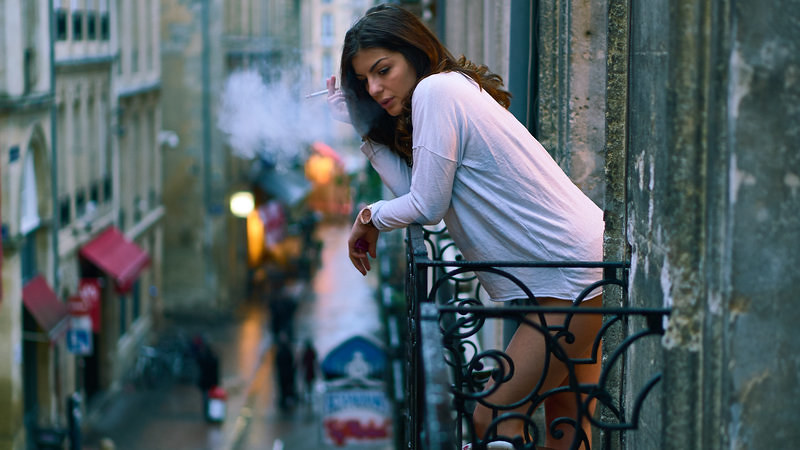 Even today the fact of smoking is still socially seen, but a large number of smokers are considering trying to leave this dangerous dependence.

It is very difficult at first due to some anxiety appears, but in the long term, quitting is highly beneficial. In order to make clear some of the advantages of quitting this article will help in motivation, quitting smoking.

Why is difficult to quit Smoking?

Before starting knowing the various benefits of quitting tobacco, it is also advisable to know the problem the people may face while quit smoking.

Smoking is defined as the physical and especially psychological dependence that a person manifests towards tobacco and specifically towards its main component, nicotine.

This dependence comes from a progressive habituation to nicotine. The body becomes accustomed to nicotine and needs more and more amounts of tobacco to notice the same effects and a series of physiological symptoms such as anxiety.

Tobacco addiction, although found culturally throughout the history, it has also been well seen or been associated with moments of relaxation and socialization.

What are the side effects of smoking?

Smoking is linked to a decrease in life expectancy. It can cause many ailments; the majority of cases are related to COPD, and it influences other respiratory diseases.

Smoking makes the blood vessels more fragile and brittle, it something also facilitates problems like cardiovascular and can result in stroke. It increases the level of fatigue in the face of physical activity.

It can generate erectile dysfunction or malformations in fetuses, been linked for years of smoking can invite lung cancer. These are just some of the possible results that can result in long-term smoking.

This information, together with other factors can be the best way to motivate people to quit smoking, although the cessation of consumption tends to be generating withdrawal symptoms such as desire for consumption, anxiety and irritability.

[Read More.. How Do I Know If My Menstrual Cycle Is Normal?]

15 Benefits of Quitting Smoking To Keep You Motivated

There are many health benefits of quit smoking, such as cessation or reduction of the risks or side effects of tobacco consumption, it can help to visualize the objective as something desirable.

It is important to bear in mind that these benefits may not be experienced in some cases, in which the problems that are permanent or have already appeared.

1. The risk of coronary and cerebrovascular disease is reduced

Other most common causes of death in smokers are coronary heart disease, something that will gradually be reduced as time passes without consumption.

After smoking, within the first year, the risks are reduced to almost half and at fifteen years without smoking it is estimated that the risk of a coronary problem is already similar to that of a non-smoker.

Similarly, the probability of stroke is reduced to normal (in a period that can range between five or ten years to arrive, depending on each case). It also decreases the risk of recurrence of coronary events.

2. It makes skin and teeth healthier

Tobacco also has an adverse effect on the skin, generating premature aging of the skin. In addition, the denture is affected, favoring the arrival of problems such as tartar and pyorrhea and coloring of the teeth.

Although in this sense, the problems that have already appeared do not usually disappear (although the skin’s shine and its elasticity usually recover), quitting smoking will prevent them from accentuating.

This effect is probably one of the fastest to occur, since it appears at twenty minutes of non-consumption. There is also an improvement in lung capacity and circulation during the first month, and in both cases the improvement increases with the passage of time until reaching normality.

4. It reduces the likelihood of injuries, broken bones and muscle problems

Although it may not be very well known, the fact is that it has been observed that smokers have a greater tendency to suffer fractures and broken bones or muscle injuries, and in turn usually take longer to recover.

The same happens with surgical injuries, quitting smoking may not only restore damaged structures, but it may return the rate of tissue recovery to normal.

5. The life expectancy returns little by little to normal

Compared to a non-smoker, someone with addiction to tobacco is reducing his or her life expectancy based on
consumption and the time it starts to do so.

Specifically, leaving before 30 usually implies a life expectancy ten years greater than those who continue to do so, while quarantine would average nine, fifty in six and three in six.

6. The risk of cancer is reduced

Probably lung cancer is the disease with which smoking has traditionally been related the most In addition to this; another of the most common in smokers is the trachea.

The others like the bladder, pancreas or mouth will see how the cessation of consumption reduces over time their probability of occurrence by halving at ten years.

[Read More..How To Get Up Early In The Morning With Simple 8 Tricks]

Although some of the damage will never be reversed, as with life expectancy, part of the lung capacity will recover as the years go by without smoking.

Little by little the typical bronchitis and coolness are reduced, although at the beginning of quitting tobacco usually, more coughs are experience than before since the body tries to expel the mucus from the lungs.

In addition, increasing the amount of time can be maintained by doing physical exercise. Fatigue usually decreases from the first month, in line with the progressive recovery of said lung capacity.

8. It improves the immune system

As a general rule, it has been observed that smokers tend to get sick more often than those who do not, being able, for example, it can catch various infections more easily.

It can be, as tobacco worse the functioning of the immune system. And as time passes without the ex-smoker consuming, the capacity of the said system to defend itself from aggressions and harmful elements will increase again until normal.

9. It contributes to improve sexuality

And not only in the erection itself, but the desire and satisfaction achieved during intercourse are greater in both sexes. In smokers the blood flow and oxygenation of the erogenous zones are hindered by the vasoconstrictive effects of nicotine.

10. The smell and taste return to normal

One of the alterations that probably you may not know, those who smoke frequently can lose faculties in relation to the olfactory and gustatory perception, since the nervous system will be losing functionality with consumption. Fortunately, with a few days of abstinence, these senses can return to normal functioning.

Another possible effect of smoking is the worsening and loss of quality of semen and sperm, making it difficult to have children. In addition, in case of pregnancy, the fact that the mother smokes can facilitate the appearance of alterations and malformations in the fetus, as well as spontaneous abortions. Quitting smoking decreases this risk.

12. It strengthens self-esteem and self-efficacy

Leaving an addiction like that of tobacco is something that can be extremely hard for those who suffer from it, since both their bodies and their minds have become accustomed to working with constant doses of nicotine.

Being successful when leaving it, therefore, requires perseverance and strength that, if the final objective is achieved, can promote an improvement in one’s self-esteem and confidence in one’s own possibilities.

13. It reduce dizziness and headaches

Although it does not occur in all people, it is not uncommon for very habitual smokers to suffer from dizziness and headaches caused by the narrowing and increase in the fragility of the blood vessels of the brain, as well as by the lower amount of oxygen reaching the brain.

Thus those who quit smoking also initially experience an increase in these symptoms, but as the levels of oxygen that reach the brain improve; these problems will progressively decrease.

14. It can effect on the economy

Although it is not a direct effect on health, the fact of quitting also supposes the cessation of a habitual and constant expense, in addition to increasingly higher (as the price increases).

15. It can benefits you as well as others

Not only, your own health is favored by the cessation of smoking, but the usual close environment will also be less likely to suffer some health problems arising from their status as a passive smoker.