What Is Hatha Yoga? What Are The 8 limbs Of Yoga?

The Yoga Sutras of Patanjali describes the eight-way path to living the perfect life, it is also known as ‘The Eight Steps of Yoga’, or Ashtanga in Sanskrit. 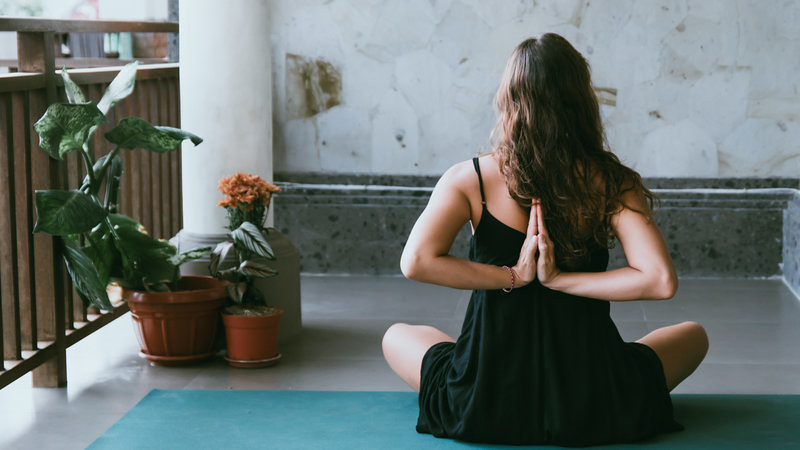 In the practice of yoga, the people are dedicated to creating a union between mind, body, and spirit. The eight limbs of Patanjali outline a way to achieve and practice that can balance our body systems.

The eight limbs act as a guide for yogis to live a life of integrity, self-discipline, respect for nature, and the spiritual aspects of life. Patanjali was a wise man that lived in India approximately 400 CE ago, wrote one of the foundational texts of yoga, also referred to as “yoga sutras”.

Well, in these sutras he speaks of yoga as the cessation of the fluctuations of the mind. There are several obstacles to free the mind from its fluctuations, which it describes in the following sutras, which would be ignorance, desire, aversion, etc… it describes how we could free ourselves from all this.

The 8 Limbs Of Hatha Yoga chart

For Patanjali, the path of yoga follows into 8 branches (ashtanga), which would be something like 8 steps to live a life with meaning and purpose.

They are principles that address both the physical (the clearest example are the asanas, it not only speaks of respect but also care for the body) and the spiritual (ethical principles, meditation) parts.

It is the first step in which includes the moral or ethical norms and the sense of integrity, focuses on our behavior, and how we behave in our interpersonal life. These are literally the controls or prohibitions of life.

The areas where we have to learn to control the trends that, if the expression is allowed, that end up causing us discord and pain are included.

They are the same moral virtues found in all the great religious traditions of the world, the consists of five Yamas are as follows.

Niyama, the second step, are individual practices that have to do with acts of self-discipline, personal, and spiritual development. These are the controls or not both of the routes. The five niyamas are:

Asana, the postures practiced in yoga, is the third step. In the view of yoga, the body is the temple of the spirit, caring for what is an important stage of our spiritual growth.

Through the practice of asanas, we develop the habit of discipline and the ability to concentrate, which are necessary for meditation.

If the body is in good working order and comfortable in a position for a long time since it can become a vehicle of spiritual powers, instead of impeding the progress of disturbing its owner with physical discomfort.

Generally translated as breath control, the fourth step consists of techniques designed to gain mastery over the respiratory process while recognizing the connection between breathing, mind, and emotions.

The literal translation of pranayama is “life force.” Yogis believe that it not only rejuvenates the body, but it actually extends life itself.

You can practice pranayama as an isolated technique (just sit in the lotus position and perform a series of breathing exercises) or integrate it into your daily hatha yoga routine.

Pratyahara, the fifth step, means withdrawal or sensory transcendence. It is during this stage that we make the conscious effort to attract our attention away from the outside world and external stimuli.

We direct our attention internally. The practice of pratyahara offers us the opportunity to step back and take a look at ourselves.

This can happen during breathing exercises, during meditation, during the practice of yoga poses, or during any activity that requires concentration.

Detachment is a great technique to control pain and an excellent way to deal with uncomfortable symptoms of chronic diseases.

The practice of pratyahara creates a scenario of Dharana or concentration. Having relieved ourselves of external distractions, we can cope with the distractions of the mind itself.

In the practice of concentration, which precedes meditation, learning to stop the thought process focuses on an individual mental object.

The goal is to become aware of nothing but the object on which you are concentrating, whether it is a candle flame, a flower, a mantra repeats itself, a specific energy center in the body, or an image of a deity.

The goal is to train the mind to eliminate all the extra, unnecessary garbage floating around, to learn to gently push away superfluous thinking. Long periods of concentration naturally lead to meditation.

Meditation or contemplation, the seventh step of ashtanga, is the uninterrupted flow of concentration. Although concentration (Dharana) and meditation (dhyana) may seem the same thing, a fine line of distinction between these two stages.

Where Dharana practices at a single point of attention, dhyana is ultimately a state of being very aware that he is not selected. At this stage, the mind has calmed down, and in the stillness that produces few or no thoughts at all.

Meditation occurs when it has been done and is linked to the object of your concentration so that nothing else exists. It is a clear greater awareness, not nothing.

His mind is completely focused and calm, but awake and aware of the truth. There are many methods to take us to this state, but unity with the object of your meditation, and, later, unity with the entire universe, It is the goal.

It is a very difficult task to reach this state of stillness, but it is not impossible. This state is a goal to continue fighting and, although it is never achieved, they benefit from each stage of progress.

Patanjali describes this eighth as the final step of ashtanga as a state of ecstasy. All the paths of yoga lead to this stage. This stage is the one that most of us are unlikely to reach in this life.

At this stage, the meditator merges with its focal point and transcends it completely. In this state, to understand not only that you and the object of your meditation, but that you and the universe are one.

There is no difference between you and everything else. The meditator realizes a deep connection with the Divine, interconnection with all living beings.

Patanjali has described it as the culmination of the yoga path is what, deep down, all human beings aspire to joy, fulfillment, freedom, and peace.

« Golden (Turmeric) Milk Benefits & How to Make It?
13 Antiviral Herbs That Will Help Against The Corona Virus »