What is gastritis ? In Ayurveda Chronic Gastritis generally refers to inflammation of the interlining of the stomach, however the term is often used to cover a variety of characteristics resulting from stomach lining inflammation and signs of burning or uneasiness. 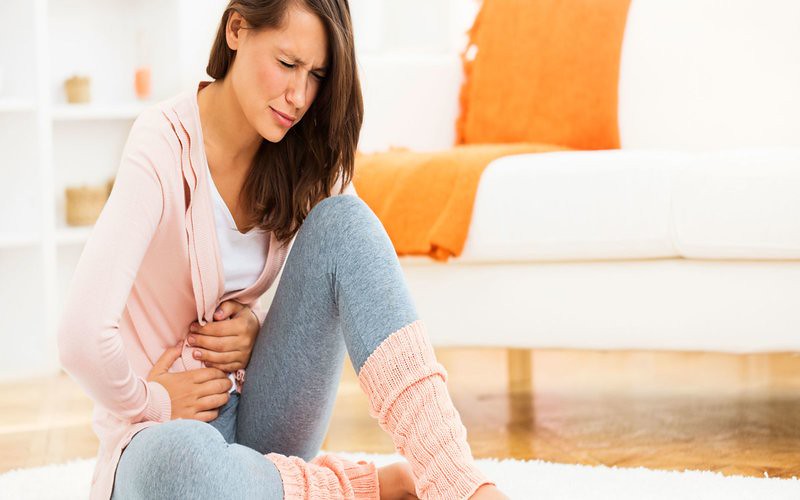 True gastritis advances in various forms and is diagnosed using a combination of tests. It was in late 1990s,scientists discovered that the main cause gastritis is due to the infection from a bacterium called Herlicobacter also refers H.pylori. It has been found that Gastritis has been associated with resulting ulcers, particularly peptic ulcers. And in some cases, chronic gastritis can lead to more serious complications.

It have been found that an average of 90% of patients with chronic gastritis caused due to infection by H. pylori. This form of erosive gastritis resulting from infection with the bacterium Helicobacter pylori, a microorganism whose outer layer is resistant to the normal effects of stomach acid to break the resistance of Helicobacter pylori bacteria.

The means that the bacteria can rest in the stomach for long periods of time, even years, and eventually cause symptoms of gastritis or ulcers when other factors are introduced, such as the presence of specific genes or ingestion of nonsteroidal anti-inflammatory drugs

In Ayurvedic terms, Gastritis is named as Urdhavaga Amalapitta. Amla means the sour taste, and Pitta is the Dosha. This way there is an inordinate secretion of Pitta Dosha (which is one of the three doshas) in the stomach. There are various circumstances that lead to acidity in the body or amlapitta as poor or unbalanced diet, weakened immune system, excessive of smoking, stress, etc.

When a problem of acidity is created in the body, it indicates many symptoms like burning sensation, loss of appetite, stomach, uneasiness, indigestion, bloating, etc.

When Pitta Dosha is disturbed from its normal state when we take viruddha Bhojan (food mismatched) vikrita Bhojan (stale food), amla (too acidic or spicy food), vidahi (rotten) and other food that is bad for pitta dosha as fried, alcohol, smoking, fermented foods, etc., later irritating Pitta Dosha poses in the stomach and causes hyperacidity or Amlapitta.

No matter how big or small are the symptoms, amlapitta should not be neglected considering that if not given right treatment at the right time, can drive to serious health problems. There are many treatments for heartburn, but the best remedy is Ayurveda, that mainly recommend uses of herbs. Traditional remedies of Ayurveda are frequently used to cure acidity.

3.Asparagus (Asparagus racemosa): Asparagus have a refrigerant and antispasmodic properties which dissipates internal heat. Several studies have shown that the root of this plant is an effective drug in hyperacidity. The mineral content, which are biochemically important for the human system are found in different parts of the grass of plant.This powder must be taken not more than six grams twice a day.

4.Sandalwood (Santalum album): As sandalwood has cooling properties it can relieve stomach muscles inflamed by gastritis

5.Bitter Chamomile (Matricaria chamomilla) Chamomile tea is bitter effectiveness in relieving gastritis which is caused due to tensions and worries.

6.Cardamom (Elattaria cardamomum): Cardamom has soothing effects on the stomach which is especially beneficial in the gastritis that causes heartburn.

7.Fennel (Fenneliculum vulgare): Fennel is used by most of the indians for digestive after each meal.There is also a tradition of chewing some fennel seeds after each meal. Fennel soothes the stomach, aids digestion, reduces and relieves the excess acidity.

8.Indian Gooseberry (Emblica officinalis): The Indian gooseberry or amla, is very beneficial in the cure of several stomach ailments such as dyspepsia, burning sensation, anorexia, vomiting and bleeding as well as gastritis

9.Ginger (Zingiber officinale): extract of ginger is effective in the treatment of dyspepsia acid that is associated with gastritis. It is especially useful for people who are non-vegetarian.

10.Rhubarb (Rheum emodi): Rhubarb agent is a soft, agent which are generally used in the treatment of gastritis problems in children as well as the acidity in the stomach.

Depending on the severity of the condition the patient must undertake fasted for two to three days or more.He should only drink warm water,this will give stomach a rest and will allow the toxic causing the inflammation to side.

After the acute symptoms of Gastritis patients should only eat a fruit diet for next three to four days one may also take juice from fruits such as pears, oranges, grapes, apples, peach’s grapefruit, pineapple and melons. Then one can progressively put forward upon a balanced diet like seeds, nuts, grains, vegetables and fruits.

A careful diet is necessary in case of gastritis. There are few points, which must be taken in mind. One must only use aged rice, which is more than a year. Barley and wheat are also beneficial, besides these vegetables like white pumpkin, bitter gourd, cucumber, green banana and banana flower are effective.

Vitamin C is very useful to assist in the absorption of calcium and iron salts in the body. This facilitates the digestive process so diet rich in vitamin C is best. Foods that contain vitamin C amlas, oranges, etc.

Spicy and sour flavor’s food must be avoided. One must avoid eating chocolates or drinking tea or coffee as they can increase the acid content in the stomach. The person should not eat unless and until the stomach is full. In gastritis, it is better to eat in small amounts at a time. One should totally stop to alcoholism.

Here is a recipe which works best for gastric problems

Now boil this combination till it only 80 to 100 ml remaining.Now filter and drink this it is a good gastritis remedy one can also use garlic.

Although common gastric can be curable with simple home remedies, but it may put you at risk for bleeding in your stomach and small intestine. If you have symptoms such as if you have black stools, vomit anything that looks like coffee grounds, or have an endless stomach-aches sought treatment right away.