Home » Ayurveda Guide » You are reading »

What is an Ayurvedic diet? The Information about Vedic diet plan & chart

The slogan of the Ayurvedic diet is, “We are what we eat” it is a principle that has been followed religiously by Ayurveda for more than 5, 000-year-old. This branch of ancient medicine theorizes that the root cause of all health problems is diet and nutrition. 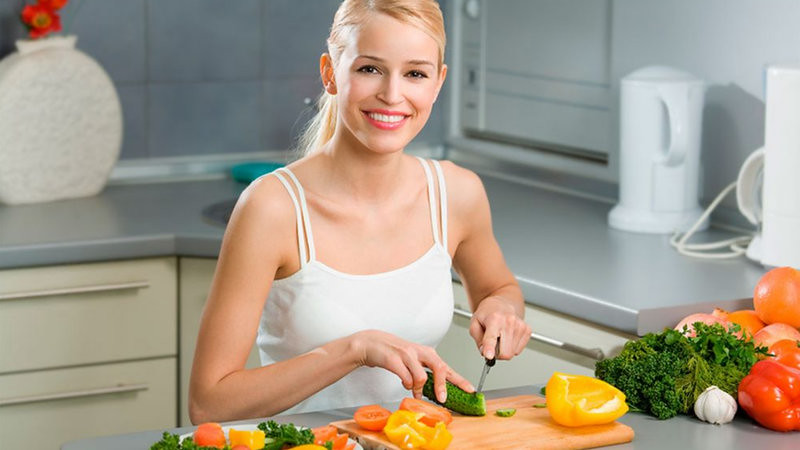 Ayurvedic diet or recipes are based on nutritional elements value and are based on the characteristic health requirements known as doshas in Ayurveda. It suggests that any complaint from the digestive system should never be ignored.

These days there has been a growing interest in Ayurveda, especially regarding the guidelines to follow daily routine about a healthy meal, some food habits or diet. Experts believe that time have come for some research in the knowledge of Ayurveda that is not yet explored in the texts.

In Ayurveda there are specific preparations for the diet such as Yavagu, Krisara, Manda, Peya, Yusha etc, that are easy to digest and are also used for cure. Such preparations are recommended for sick people after therapeutic procedures where the person needs more nutrition with the lowest digestive load. Below are some of the details on Vedic diet plan & chart.

3. Mamsa Varga (Groups of various types of meat): This is classified based on the animals’ habitats in different groups such as Prasaha (who get their food by snatch), Ambucarina (who move on the water), Anupa (the who live on pests), Pratuda (those who eat by killing) these food have different therapeutic pharmacological effects on the body and are used for different problems.

4. Saka Varga (Group of vegetables): The different vegetables are described with their different parts to be used together with their effects on the body and their use in the specific conditions of diseases eg. Ripe fruit of Kusmanda (Benincasa hispida) is sweet, sour, light, diuretic, laxative and relieves all dosas.

7. Madya Varga (Group of liquors in fermentation): Sura is beneficial for the starving, and those who suffer from obstructions in the urine, malabsorption syndrome (grahani) and piles. Relieves Vata and is useful in lactation deficiencies and in anemia. Madira, Jagala, Arista, Sarkara, Pakwasara, Sitarasika, Gauda, ​​Surasava, Madhvasva, Maireya Asava, Madhu, Sura Madhulika, Sauviraka etc. the different types of liquors with different actions and uses.

8. Jala Varga (Grup or of several types of water): The water fundamentally is of a type that is to say the one that falls like rain of the sky.The water when falling of the sky and when it comes in contact with the moon, the air and the Sun is impregnated with the properties of cold, warm, mellow, non-mellow etc. The final properties depend on the place and time. The water of the rains by its nature has these six qualities that is, cold, pure, integral, tasty, clean and bright. The others have other qualities depending on the sources.

9. Gorasa varga (Group of milk and milk products): For ex. Cow milk, buffalo, camel, mare, goat, sheep, female elephant. The human characteristics of these milks in Ayurveda are described. Dadhi (Yogurt), Takra (buttermilk), Ghrita (clarified butter), butter etc. they are milk products with different actions and are use in terms of dosage, the time and the place of living.

11. Kritanna Varga (Group of dietary preparations): This includes Ayurveda recipes such as Peya, Vilepi, Manda, (liquid porridge); “Sattu” (fried rice flour) etc., with its preparation method and the effect on the body.

12. Aharayogi Varga (Group of adjuncts for food): As the name says things that are used as attachments for cooking eg. Oils from different sources such as Tila(sesame), Sarsapa (brassica), Priyala (Buchanania launch). There is nothing fixed and there are no limits on the connection of each attachment to the food.

What types of foods are best to eat?

What are bad food combinations?

Substances contrary to deha dhatus (body tissues) behave with virodha (antagonism) to them. This antagonism can exist in terms of properties, combination, processing, place, time, dose, etc. or the natural composition (Antagonists as part of the food that is generally used).

What are side the effect of wrong food combining?

How to Design a Diet Your Eating?

There are eight specific factors that must be taken into account before designing the diet for a person in order to obtain the optimal results.

What is the healthiest way to eat?

« 5 Natural Home Remedies To Remove Headaches Fast
What are the Gunas in Ayurveda? Ayurvedic Foods Diet According To 3 Gunas »