5 Ayurvedic Remedies & Diet To Get Rid Of Diabetes Permanently

Diabetes mellitus has become a global problem, despite advances in modern science in today’s world. The word “Diabetes Mellitus” have derived from two words diabetes (in Greek) means ‘siphon through’ and mellitus (in Latin) means ‘sweetened with honey’. 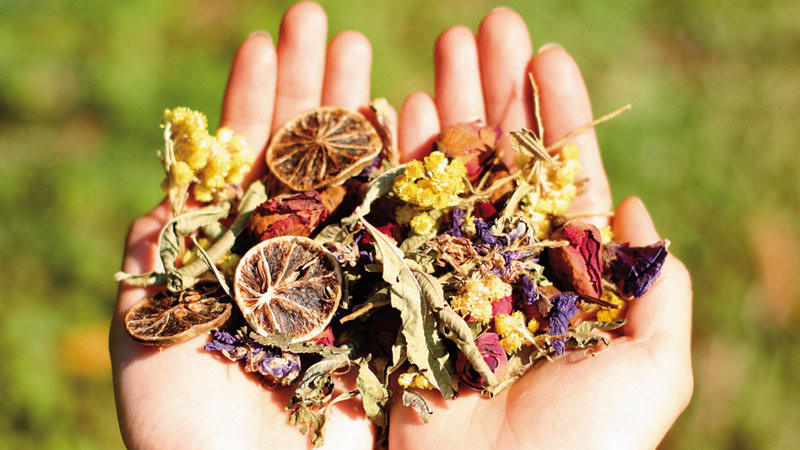 It is a metabolic disorder which is caused by the malfunction of the pancreas, which is responsible for producing the hormone insulin. In medical term it is a condition in which there is an accumulation of glucose in the urine and blood of the person. This condition is known as hyperglycemia.

What is Diabetes Mellitus?

Diabetes mellitus is a group of metabolic disorder which as characterized as high blood sugar (glucose) in the body, resulting defects in insulin secretion process or action. In ancient times world Diabetes mellitus was generally known as “excessive muscle loss”.

Later on it was recognised as a disease related with “sweet urine” and in today’s world it is known as  “diabetes”. Due to excess levels of (hyperglycemia) blood glucose in body it lead to spillage of glucose through the urine, so it is also term as sweet urine.

Generally the levels of blood glucose are processed or controlled by insulin. It is a hormone that is produced by the pancreas. Insulin works to control and lower the level of blood glucose.

When we eat food the level of the blood glucose elevates and insulin is released from the pancreas to normalize the glucose level. In certain people there is absence or insufficient production of insulin which causes hyperglycemia, such person is known as diabetic patients.

Although diabetes is a chronic disease which lasts a lifetime it can well be controlled with various medications, diet and a healthy lifestyle.

An ailment Diabetes mellitus is not new for the Indian, it has been known to Indians since the Vedic period by the name of “Asrava” (Prameha). There are various Ayurvedic medicine for diabetes in Ayurveda, the reference is very well described in the “Kauchika Soothra” of Atharva Veda.

In this Vedic period people were treating this problem successfully with certain diet, herbs and mediation. It is also recognised as “Madhumeha” or Maharoga (major disease) in Ayurveda. The ailment “Madhumeha” was described as a disease in which a patient passes sweet urine and sweetness exhibitions throughout the body, (ie in sweat, blood, mucus, breathing etc).

Diabetes mellitus (DM) is defined as “Madhumeha kshaudrameha” in Ayurveda which literally means “excessive of urine with sweet taste like honey”  the other term given was  “vikriti Janya dhatupak”.

Wwhich means a disease that is caused by a defective metabolism leading to derangement in body tissue ( the seven dhatus) transformation process. According to ayurveda texts there are about 20 types of urinary disorders (pramehas) which are classified based on the predominant doshas.

The urine is discharged in excessive amounts and is generally cloudy are some of the Characteristics.

What Is The Cause Of Diabetes Mellitus?

Diabetes Mellitus is ailment that can occur in any of the three constitutions (vata, kapha and pitta) of the body. The Ayurvedic medicine for diabetes includes in lifestyle interventions diet, exercise and a variety of herbs and herbal remedy depending on the predominant dosha.

It is not astonishing that today’s Western medicine description for Diabetes Mellitus are basically similar mentioned in Ayurveda such as etiology, diagnosis, prognosis and recommended lifestyle changes life.

Moreover Ayurvedic treatment for diabetes also includes cleansing procedures and it is unique of its own. Diabetes Mellitus is disease that affects most part of the body and every cell of the human physiology.

The ancient Indian doctors (known as vaidya) not only described the sweetness of urine as one of the main symptoms, but they also mentioned the relationship of the disease with disruption of the 5 sheaths of the body such as :-

What Is The Symptions Of Diabetes Mellitus?

Prodromal Symptoms of prameha have been explained in detail by ayurvedic experts (acharyas) especially in Brihathrayies they are as follows.

What Is The Diet Recommended For Diabetes?

Ayurvedic medicine for diabetes also depends on the particular diet and there are many food items that can be given to diabetes patient. The role of ahara and vihara is most important to control blood sugar level in diabetes patient, to prevent complications of the disease. Below are some of the classic Aharah (foods) Dravyas (juice) that are recommended.

It belongs to the family Cucurbitaceae and it is obtained from edible fruit of Momordica charantia.

Uses: Bitter melon is well-known herb used for antidiabetic. The lectin properties in Bitter melon perform as insulin like activity, due to its non-specific protein that binds to insulin receptors together. This lectin reduces the blood glucose level by acting on peripheral tissues. Lectin is an important contributor to the hypoglycemic effect.

How To Use It: It can be used as fresh juice, tincture, powered leaf and as extract juice.

It belongs to the family of Zingiberaceae and is obtained from the Curcuma longa plant.

Uses: It is believed that Turmeric have antioxidant properties that can help to fight inflammation and various infection. Research also suggested that consuming turmeric could help to treat diabetes by preventing and lowering the level of diabetes. It is due to its active component called “curcumin” which is responsible for many intended benefits of this spice.

A review release in 2013 on studies of Turmeric stated that it may lower blood glucose levels as well as other diabetes related complications. They also found that “curcumin” contain in turmeric play a role in preventing diabetes. But more trials are needed for a better understanding of the effects of curcumin and turmeric on humans.

Many experts do believe that turmeric extract may be helpful to stabilize blood sugar levels and making diabetes more manageable. This extract can be best counter supplements for diabetes.

How to use it: Turmeric powder is used.

It belongs to the family Euphorbiaceae and it is obtained from dried and fresh fruits of Emblica officinalis.

Use: Amla is fruit which is well-known scene ancient time, in the science of Ayurveda; doctors often prescribe Amla for various health benefits it is also known as Amalaki and scientifically “Phyllanthus Emblica”. It is a rejuvenating fruit that is full of vitamins B and C and various other outstanding phytonutrients. This properties in it helps to lower blood glucose levels in diabetics along with reduce of cholesterol.

They also found that there was a reduction of high blood sugar levels in diabetic patient. In which diabetic individuals when given 1to 3 gm of amla powder on daily basis had decreased levels of fasting and 2 hour post-prandial blood glucose levels after 20 days. Beside this an individuals who were given 3gm of amla powder had showed significantly reduced sugar levels.

How to use it: It is used as Amalaki capsules.

It belongs to the family Fabaceae and it is obtained from the leaves and seeds of Trigonella foenum- graecum.

It is because of fenugreek seeds which contain soluble fibers, which can slow down the process of digestion by increasing the sugar absorption and reducing the blood sugar level.

Consuming fenugreek seeds can also boosts antioxidants in the body, reduces oxidation of lipids which are harmful to the body. So if you want a natural way to keep diabetes under control, have fenugreek seeds day in any form you like it.

Experts believe that a bitter taste is due to its alkaloids and other compounds that can aid in the stimulation of insulin secretion. A study was performed on a mice in which it was found that the 4-hydroxy isoleucine protein present in fenugreek can stimulate the secretion of insulin in the pancreas which can help to reduce the absorption of glucose.

How to use it: The seeds and leaves of fenugreek are used in therapeutic purpose.

It is also known as Aegle marmelos, it is gray or green color until the fruit is fully ripe, it belong to the family Rutaceae plant.

Use: Aegle marmelos is not known as a diabetic remedy in western world, but it has been popularly used in Ayurvedic medicine for thousands of years in India. I have been proved  as one of the best remedy for diabetes. It is believe to be best as anti-diabetic action, due to its powerful antioxidant properties.

One of the main reasons for diabetes is due to oxidative stress which causes (free radical damage). Although exact mechanism of action is not known but is believe that free radicals produce protein glutathione, inactivation of enzymes, alterations in the structural functions of the collagen basement membrane which are responsible for the onset of diabetes. It is also believe that oxidative stress has a significant effect on glucose transportation of  protein (GLUT) or insulin receptors.

Research has shown that reduction in oxytotic stress can result in reduction of serum glucose. The plant Aegle marmelos has the responsible compounds of properties found in leaves and pulp that can help to reduce oxidative stress.

The plant leaves contain properties such as

The plant pulp contains properties such as

How to use it: Aqueous decoction (containing water) is used as aqueous extract and leaf.
Dose:

Precautions And Tips: Diabetes is a disease of disordered metabolism; so special attention must be taken to maintain in the condition of digestion and metabolism.

Ayurveda suggest that one should start with light diet (bhaksha laghu, laghu ahara) and then gradually increase the amount of food. It is a rule to keep the full attention of the condition of Agni (digestion).