Ferula Asafoetida Linn is an herbaceous, monoecious, perennial plant; it is considered as the most important species among the other 130 species of Ferula. 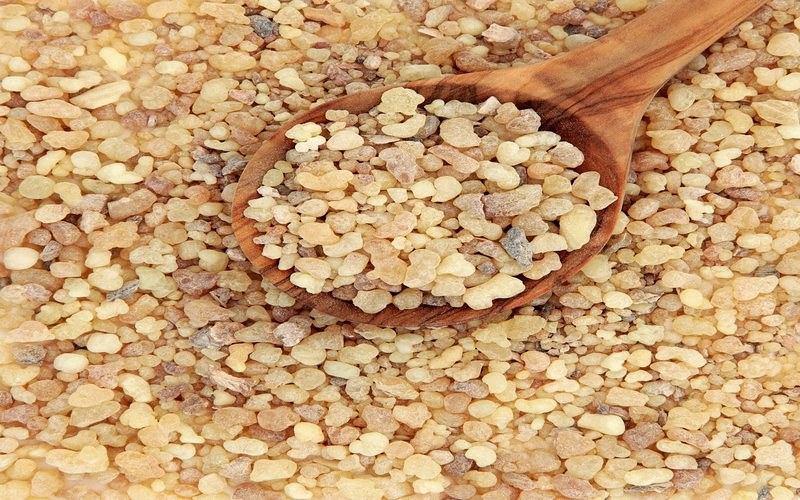 The oleo-gum- resin is obtained from the rhizome and root of the plant which are generally collected in earthen pots and then dried.

This dried substance is used as used as spices for flavorings food, it is available in powder and crystal forms. Ferula Asafoetida Linn is commonly known as Hing or Heeng in Hindi and Hing in English is known as “Asafetida” which is also called as devil’s dung or stinking gum. The name Asafoetida came from the Latin name “ferula” which means “vehicle” or the “carrier”.

Asafoetida is also known as Hing or Heeng it is an ingredient which is made from the oleo-gum-resin which is obtained from the plant called Ferula asafoetida L plant. It has a unique strong pungent smell when raw but dulcet and garlicky when used in cooking.

The dried gum of the plant consist a combination of various properties, such as it has about 40–64% resin, about 25% of endogeneous gum, 10–17% volatile oil, and 1.5–10% of ash, beside this it also contains asaresinotannols ‘A’ and ‘B’, ferulic acid, umbelliferone and other four unidentified compounds which make it so unique.

What is hing made out of ?

Hing is a type of resin that is made form the plant called ferula, which are collected from stem, bark and root. The ferula plant consists a large number of schizogenous ducts. After a period of five years the roots have stored a sufficient white gum resin emulsion into it.

Until the resin become hardened is protected by the dome cover stick and leaves. After a week or two the hardened resin gum is discarded outside. Again a slice of the root is cut and the juice is allowed back to exudes and gathered. This process is repeated several times with an interval of about 10 days for several months.

According to Santapau & Henri, (1973) there more than 130 species of Ferula found in the world and among it only some spices of plant yield Asafoetida.

In the Ancient texts of Ayurveda Ferula assafoetida L is describe as “Hingu”. It has been used as flavoring of food and as a remedy for various ailments. For several centuries of constant use it have become as a trusted traditional medicine.

The Asafoetida (Hing) has been also referred to as the “food of the gods”. Asafoetida is in use since ancient times in Indian medicine for cooking as a spice.

Uses In Different Parts Of The World

Apart from the use of spices in culinary, it is also used as a medicine. The ancient Ayurvedic texts prescribe herbs and spices for healing and therapeutic functions. Below are some of the health benefits of Asafoetida.

Asafoetida can be used as a bleaching agent that promotes fairness and degrades dark spots, acne marks and excess fat. The tyro-sine production in the skin, promotes melanin production in human skin and that can lead to darkening of skin, premature aging and dullness.

How to use: Make a paste of Asafoetida mixed with hot water and apply it to the effected area.

Asafoetida is a wonderful spice that can be helpful in fighting the pain associated with toothache, menstruation, headache and migraine. It is spicy herb that is fully loaded with powerful antioxidants and other compounds that relieve pain.

How to use: To reap its benefits, mix a pinch of Hing powder to a glass of warm water and drink to relieve headache and migraine. For toothache make a thick paste of Asafoetida mixed with lemon juice and applies it on the affected area.

It is spice that is considered as a boon for women, as it helps to manage menstrual pain as well as irregular periods. Asafoetida contains the properties which can thin the blood thus helps in making the blood flow smooth.

Asafoetida has a warming and hormone progesterone property which helps in proper functioning of female reproductive organs, aids in bringing on regular periods. This remedy has been used as flock medicines for ages which can greatly reduce the discomfort.

How to use: Bake a Heeng powder in a vessel and added it into the buttermilk along with little bit of sugar and consume during menstrual pain it really will help you.

The stomach produces gas when our digestive system is enabling to digest food. The use of Asafoetida regularly not only reduces the gas, but also cures your bad digestive function.

Using pinch of Asafoetida in food can not only increase its aroma with flavor, but also helps to stay away from gas problems. So if you have regular problem gas problem you should used Asafoetida in everyday cooking.

How to Use: Take a glass of water with pinch of Asafoetida powder, mix well to dissolve the powder. You can also add a pinch of black salt to it, drink this water it can solve the gas problem.

How to Use: Make a paste of Asafoetida and water and apply on baby’s navel area. For internal use take Asafoetida (crystal) about the size of two mustard seeds crush it and give it in worm water.

Note: Giving Asafoetida internally is not advisable, mostly due to its quality and purity.

How To Check Quality Of Heeng ?

According to WebMD : Asafoetida is considered to be safe for most people in the amounts which are typically found in food. Some evidence also showed that Asafoetida is possibly safe when taken orally as medicine.

Few people have stated problems with Asafoetida it cause belching, intestinal gas, diarrhea, swelling of the lips, seizures, blood disorders, headache,  and other side effects.

Children: Asafoetida is unsafe for infants when taken orally because it could cause certain blood disorders.

Pregnancy: It is unsafe take Asafoetida orally if you are pregnant as it could cause a miscarriage so avoid use.

Breast-Feeding: It is also consider unsafe if consume orally while breast-feeding because some chemicals in Asafoetida could pass into breast milk and causes bleeding disorders in infants so avoid it.

Today the People around the world have become more conscious, started eating organic. Consuming tasty flavored food with health benefits can be the best idea. Using Asafoetida Spice can work in a disease as quickly as any modern form of medicine and have proven to have no side effects. So regular use of spices can make a person to remain hail and hearty for longer period.