Home » Beauty Tips » You are reading »

Dark circles under eyes are a very common beauty problem observed almost in all individuals. It has been estimated that about 90 percent of the world population suffers from dark circles under their eyes at one time or another. 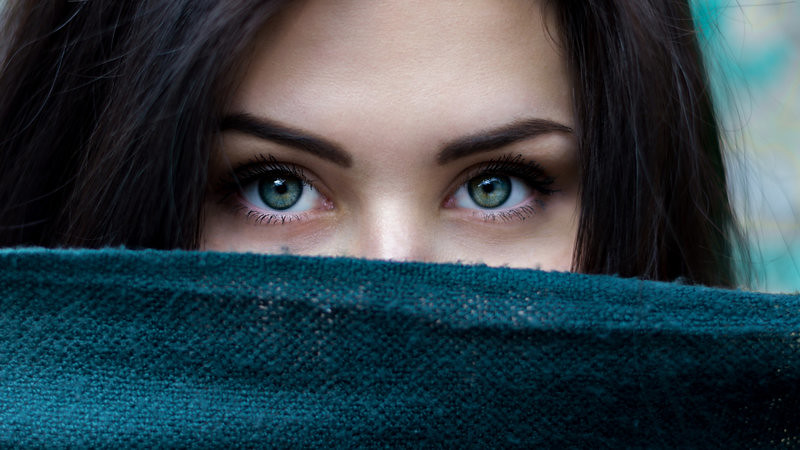 Dark circles under eyes are usually temporary and are not a concern with medical. It is a complication that is not a disease in itself but can be defined as a symptom of any other disease. You might wonder why a dark circle occurs. The dark circles under the eyes we see are normally the blood vessels that we see through the skin.

The skin around the eyelids known as “periorbital skin” is the thinnest skin in the body. Like varicose veins, dark circles under the eyes are generally a hereditary peculiarity. When the blood passes through the great veins near the skin surface, they produce a bluish tint.

The more transparent the skin the darker circles appears. The other possibilities are in the people with a hollow bone structure; shade may also contribute to the dark color under the eyes. The other most common cause is nasal congestion when your nose is congested, veins that usually a drain from your eyes into his nostrils get expanded (dilated) and become darker.

i) Causes Of Dark Circles Under Eyes

In addition to the causes mentioned above, there are various other reasons reliable for the cause of dark circles which you can find below.

2. Lack of sleep: Lack of sleep, pregnancy, fatigue, sinus infections or partying all night may generate paleness of the skin. Pale skin makes blood vessels to appear visible and give the semblance of dark circles.

4. Medications: Various medications that cause dilatation of blood vessels to cause dark circles under the eyes. Dilated blood vessels allowing more blood to flow through them, are projecting blood vessels through under-eye skin, which is very thin.

Keeping a healthy diet can get rid of their dark circles. Many Ayurvedic doctors agree that the first treatment of dark circles starts with correcting the diet.

The diet should not be too dry one must drink a lot of water in the preparation of dishes as sauces, soups, daals, khichdi, etc. cook your food with little fat to reduce Vata vitiation.  Furthermore, consume fruits having a high-water content.

According to Ayurveda, Dark circles are resulted in due to vitiation in the vata and pitta doshas. These are the first principles that regulate air and fire elements in the human body, respectively.

Ayurvedic management for dark circles is mainly on two aspects. Since the appearance of dark circles is caused by the accumulation of toxins in the body. The body detoxification and skin rejuvenation are the two steps that are advised in Ayurveda for this ailment.

Most of the cosmetic products available on the market are designed to eliminate are expensive and intermingled with chemicals that can be injurious to the delicate skin under the eyes.

Application of crushed mint leaves over the eyes not only soothes your eyes but will also help you get rid of dark circles.

Apply freshly crushed mint leaves all around the eyes and leave for 5 to 10 minutes. Then remove gently with a clean and cold cloth you will feel very cool and also get rid of dark circles gradually.

Tomato paste is one of the most effective antidotes for dark circles. It can be done easily at home. Take one or two fresh tomatoes, a tablespoon of lemon juice and a pinch of gram flour and turmeric powder.

Mix all this ingredient and stir it very well until it becomes a thick paste and applies gently around the eyes. Then Gently rinse with clean water after 10 or 20 minutes.

Repeat this course for two or three times a week this will make your skin tone around the eyes clearer and eventually make your dark circles disappear completely.

Almond oil is an additional natural ingredient that is very helpful for the delicate skin near the eyes. All you need to do is apply some almond oil on the dark circles before going to bed and wash in cold water the next morning. Repeat this for at least more than a month to make your dark circles vanish almost completely.

Put the slices of fresh cucumber over the eyes it can help to reduce dark circles greatly. It provides your eyes with a soft-touch eye look and prevents the appearance of dark spots around the eyes.

One can also apply juices of cucumber around the eyes with a cotton pad. One may apply the juice for the whole night for a more efficient result.

Apples contain tannins, which help to diminish dark circles. In addition, apples also hold in potassium and water-soluble vitamins like B and C that can restore the lost nutrients to the skin under the eyes.

Rosewater is a natural tonic pour two to three drops of rose water on a cotton ball and thoroughly clean the face and neck to take away dirt and dust.

Follow this every day every morning and night for a natural glow effect. The Presence of vitamin A, C, and polyphenols in water gives skin a lightening effect and can additionally be used for pink dark circles to disappear.

Moreover, water can also help to treat some of the common problems with the eyes’ problems like puffy and tired eyes. Experts in skin care claim that water helps to regenerate the skin to normal under the eyes.

Regular application of orange juice mixed with glycerin is an effective way to get rid of dark circles. However, it not only eliminates dark circles but also gives your overall skin with an inner glow and makes the skin around the eyes softer and smoother than before.

If the cause of dark circles under the eyes, is generally due to dehydration, you must change your lifestyle and start the habit of drinking sufficient amount of water daily.

Haritaki is also known as Inknut, Inknut for dark circles is a well-known remedy mentioned in Ayurveda. It is very simple to use, take a stone pata board, put a few drops of water and rub Inknut on it. In no time the paste of Inknut will be produced, take the paste and apply it on the dark circle.

Leave it for about 15-20 minutes, as soon as it gets dried and hard, wash it with running tap water. Apply it daily of a week before sleeping and thereafter once a week.

So say Goodbye to wrinkles, dark circles and sagging skin. Discover the hidden keys to be youth and enjoy the ultimate discoveries of natural ingredients that heal the skin from the inside out.