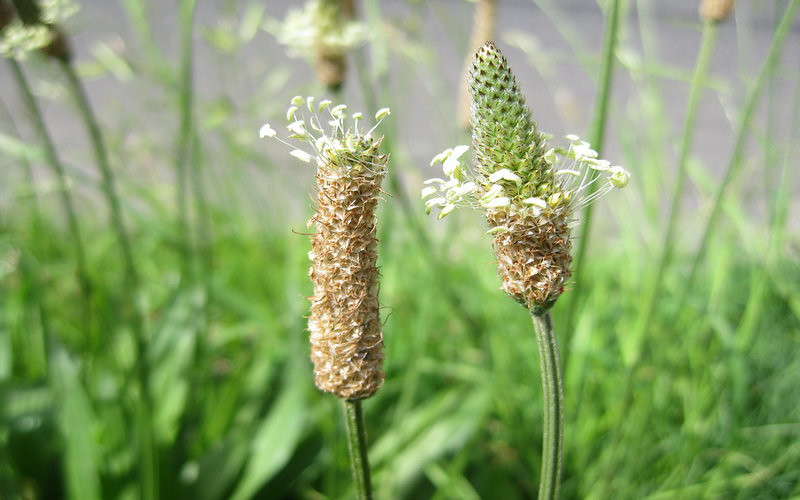 Psyllium seed husk is a part of the seeds of plant Plantago ovate. The Seed so-called husk is a natural fiber that is soluble in water with reducing gel that becomes mucilaginous when wet.

This plant contains some soluble fiber and 30% to 70% are insoluble. It consists of the epidermis and collapsed adjacent layers that are removed and dried from the ripe seeds of Plantago ovata.

It is light brown to white, depending on the purity; the fibrous shells that are processed from psyllium seeds are used in pharmaceuticals, cosmetics, foods, and various related industries.

It is used in traditional herbal systems of India and China for various treatments such as bladder problems, coronary heart disease, diverticular disease, hemorrhoids, hypertension, and urinary disorder.

It is also used to treat skin irritation, reactions to poison ivy and insect bites bits. India is the world’s largest producer of psyllium that is about 60% of world production It is grown on more than 50,000 hectares in Mehsana, Banaskantha and Sabarkantha of Gujarat and Jalore, Pali, Jodhpur, Barmer, Nagaur, and Sirohi district of Rajasthan districts.

Isabgol is a traditional medicine that has is used in Ayurveda for the treatment of problems associated with constipation.

In Ayurveda, psyllium is considered to have pungent, astringent and cooling properties. It balances the three senses of humor Vata, Pitta, and Kapha; it reduces inflammation of the digestive tract and alleviates constipation and hemorrhoids. Isabgol is rich in fiber so it may initially cause gas.

In Ayurveda, Psyllium husk is known as Ashvagola or Ashwakarna. Literally   (Ashva+gola) means (horse+round) and the other word (Ashwa+karna ) means (horse+ear) it is perhaps so-called perhaps because of the appearance of the seeds that are concave and elongated as the horse’s ear.

Isabgol in English is so-called psyllium husk, it can be found in almost every household in Indian families as it is an effective home remedy for treating and relieving common problems related to gastrointestinal troubles.

The health benefits are not just limited to digestive health but it has numerous benefits. Below are some of them that will compel you to include this husk in your diet.

1. It helps to lose weight

Isabgol is a wonderful herb that can help you achieve your weight loss goals. Psyllium husk when mix with water swells to 10 to 20 times its original size. It is rich in fiber so when consuming it reduces the amount of hunger you feel and thus helps in weight loss.

If it took before a meal it makes you feel full longer and curbs appetite. It is recommended that psyllium husk is taken about 20 to 30 minutes before your meal, and drink plenty of water.

According to Ayurveda, isabgol helps to clear the AMA (toxic waste products lining the walls of the stomach) also helps keep other digestive disorders at bay.

Isabgol is rich in fiber which helps for reducing cholesterol levels, which can ultimate, turn protective to your heart. As it is high in fiber and low in fat the doctors recommend it when it comes to preventing heart disease.

It forms a thin layer in your intestinal walls thus prevents the absorption of cholesterol from the foods you eat. It effectively reduces the serum cholesterol levels in the blood.

This way it helps remove any excess cholesterol that is blocking the arteries of your heart and protects you from the heart and coronary artery disease.

3. It helps to reduce acidity

Today’s lifestyle and diet are often creating a problem of acidity and isabgol can be the best natural remedy for the condition. When consumed the husk creates a protective layer in the stomach and protects from irritation caused due to the acidity.

Moreover, it aids in digestion and proper secretion of stomach acids. Isabgol also reduces the number of episodes of heartburn that one could suffer.

4. It helps to ease piles

Since the fibers in isabgol are both insoluble and soluble in nature, it is best and beneficial for those who suffer from painful conditions such as piles and hemorrhoids.

It not only helps to clean the intestines effectively but also softens the stool by absorbing water from surrounding parts of the intestine causing the passage of stool soft and free of pain.

Moreover, because of its innate nature, it helps in easy defecation. Isabgol also helps in healing of cracks and it protects the anus stretching too. When the person passes motion it prevents the cracks of healing wounds.

5. It helps in diarrhea

Can you imagine a home remedy that can relieve constipation and diarrhea together, it sounds incredible but yes isabgol can help with this problem.

Isabgol, when consumed with curd, can effectively relieve stomach upset adding bulk to the stool. The Curd gives your stomach the right amount of probiotics to cure the infection and helps to harden the runny stool treating diarrhea in a jiffy.

Isabgol is an herb that is popularly used for constipation and for relieving common gastrointestinal troubles. Isabgol or so-called psyllium husk has the bulk-forming laxative that is rich in both soluble and insoluble fiber.

The isabgol fiber initially binds with partially digested or undigested food that passes from the stomach into the small intestine.

Isabgol has natural hygroscopic properties that absorb the water from the digestive tract and improves consistency of stools. Drinking extra water with Isabgol will pass down to the bowel and will make it easier for the stool to move.

Besides many health benefits, Isabgol or so-called psyllium husk can also be a great remedy for lowering of sugar. The people with diabetes are enabling to produce enough insulin into the body, so they have to use insulin to keep blood glucose levels under control.

The fiber contains in Isabgol have properties that can help to control glycemic response after a meal and reduce insulin and blood sugar levels.

Isabgol is also very effective in lowering blood sugar due to its gel-forming fibers, which slow down the digestion process which helps in regulating the blood sugar levels.

As fibers present in isabgol are both insoluble and soluble natures it helps to soften the stools by absorbing water from the surrounding parts of the intestine.

Isabgol also has gentle laxative, diuretic and cooling properties and is innate in nature, which helps to easy defecation.

Isabgol in addition, it helps to aid the healing of fissures by protecting the anus from stretching too much when the person passes the motion, this way it prevents the crack of fissures or piles.

9. It helps to control blood sugar

Moreover, the fiber supplement in Isabgol husk also helps to lower blood lipid levels in diabetic’s patients. According to the report by the Department of Medicine, King George’s Medical College, Lucknow, it was found that total cholesterol level was dropped by 8.9 percent.

Besides they also found LDL cholesterol levels dropped by 23.7% percent in a diabetic patient. The patients were given a dose of 3.5 g dose of psyllium twice a day for 90 days.[1]

It is ailments or disorder that mostly affects the large intestine and results in abdominal pain, cramping, diarrhea, bloating, gas, constipation, etc.

Irritable bowel syndrome is chronic conditions that can easily be managed by isabgol husk along with managing diet, lifestyle and with reduction of stress levels.

Isabgol husk is beneficial due to its rich sources of fiber that indirectly helps to maintain blood glucose by increasing insulin levels. Insulin is a hormone that boosts inflammation in your body.

In a study on patients with IBS, it was found that they got more relief from psyllium supplementation rather than wheat bran or a placebo. It was also concluded that the optimum dose of ispaghula husk in irritable bowel syndrome should be 20 g per day.[2]

How To Take Isabgol?

There is a various way to consume Isabgol How to take isabgol depends on your comfort. Isabgol Husk is available in tablet as well as powder form. Tablet is probably the easiest way to take but it depends on your choice.

Note: Although there are many benefits of isabgol there are some disadvantages. Excessive use can hampered digestive power as it is in itself very hard to digest. It is also not absorbed by the small intestine due to its very high fiber content. The patients of arthritis or other joint pains may aggravate the pain due to its cool potency. So use isabgol with precaution and consult the expert before taking any dose.

« How to Treat Scleroderma Symptoms Naturally
What Are Home Remedies to Treat Bleeding Gums? »