Home » Wellness Tips » You are reading »

Ayurvedic Advice For A Healthy Winter

At last Shishira (winter) season is here, it comes in the Mid- January to Mid- March. With each change of season nature experiences a series of changes and these changes affect us directly. 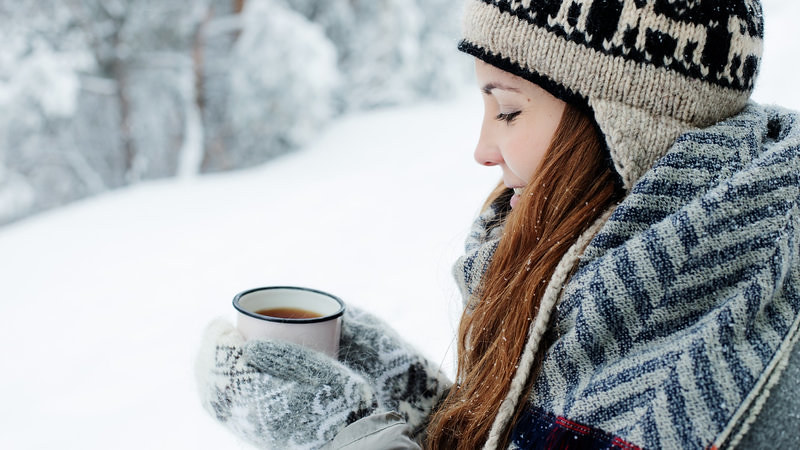 After all, we are also part of that nature and that is why it is essential to adapt to the changes in our lifestyle in order to find natural balance, to protect our integral well-being.

Adopting an Ayurvedic lifestyle during the winter has a number of benefits for our body. Among these benefits we can highlight the following:

All these benefits derived from following an Ayurvedic lifestyle during the winter which are summarized above, which is the final goal to sustain and optimal promotion of our health.

But … what are we talking about when we talk about an Ayurvedic lifestyle in winter ? Fundamentally, to follow a series of routines among which the diet especially stands out.

How should Ayurvedic food be in winter ? The first thing to keep in mind is that, as winter is a cold season, we should avoid eating cold foods because, in doing so, we would risk unbalancing our doshas (and that is precisely what Ayurveda intends to avoid above everything).

To balance the doshas, it would be necessary to eat warm or hot foods such soup, broths, and stews. It can be made up from beets, carrots, green leafy vegetables, it can also be from other root-based vegetables and are extremely beneficial.

Among the flavors that Ayurveda recommends boosting in winter are spicy, bitter and astringent. How can we enhance these flavors to have a good Ayurvedic diet in winter? Using spices such as turmeric, pepper, ginger, cayenne or cinnamon, or foods such as broccoli, eggplant, lentils, spinach or garlic.

In the same way that it is necessary to consume spicy, bitter or astringent foods, it is necessary to avoid the typically Kapha flavors, that is, those flavors that would increase this dosha in excess and, therefore, would cause an excess of it.

What flavors are those? The sweets, the salty and sodas and other sweetened beverages. Abusing the consumption of bananas, cucumbers or dairy products would cause an increase in mucus and sleep, as well as the tendency to accumulate fat.

The Ayurvedic food for the winter should be based on a diet protein like vegetables, cereals and legumes and broth – cooked, and also in seasonal food intake.

Among the typical seasonal winter foods we can highlight pumpkin, berries, blueberries and citrus fruits. Another product that can not be missing in winter Ayurvedic food are fatty fish such as salmon, sardines, mackerel, anchovies or swordfish.

Other Ayurvedic routines for winter

Beyond the maintenance of a specific Ayurvedic diet for the winter months , Ayurveda recommends a series of routines to follow in winter and among which we highlight the following:

The cold of winter causes the mucous membranes of the nose suffer more than during other seasons, so Ayurveda recommends applying two drops of sesame oil in the nostrils, which helps keep them moist and balanced.

« Detox With Ayurveda- How Do You Do Ayurveda Cleanse?