Kesar or Zafaran is known as Saffron in English. The threadlike part of the Zafaran flower is used for many health and medicinal purposes. 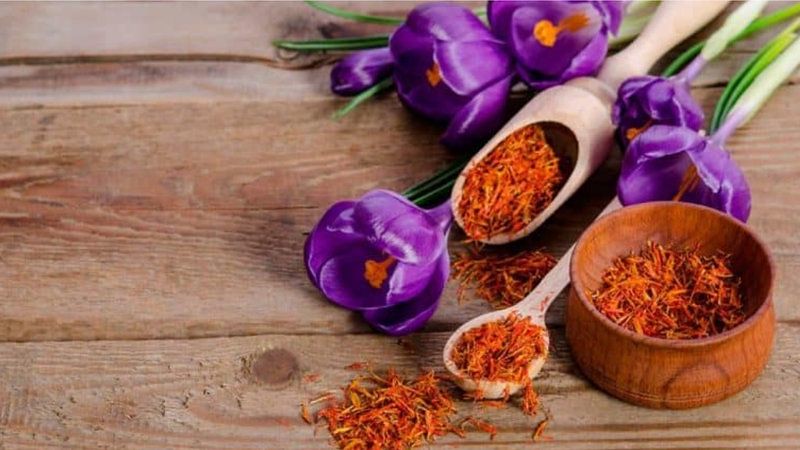 Like vanilla and clove, saffron is one of the spices that many people keep in their kitchens and that they often use to flavor preparations, both sweet and salty dishes.

However, few people know the incredible properties that this spice possesses and the different uses attributed to it, beyond those that have been given to it in the culinary world, today in this article your will learned about saffron, what it is? Where it comes from, what are its benefits and properties, and many other things that you will like to know?

What and how is saffron?

Crocus Sativus is better known as saffron, it is a bulbous plant that measures between 6 and 10 cm high, and is characterized by having elongated leaves in the form of strips, about 3cm long, adorned by small hairs on the margins and a thin line, whitish and longitudinal along its surface.

This plant has beautiful violet flowers, with bright yellow or orange stigmas, which are what we know as seasoning or spice or Kesar, and also have medicinal properties.

Where did Saffron originally come from?

Now you know what and how saffron is, you’re probably asking yourself, where does it come from?

Well, this species finds its origins in the eastern Mediterranean, although some associate it with the Middle East and ancient Mesopotamia. Its arrival to Spain was propitiated by the Arabs and from there it was expanding until being known in the rest of Western Europe.

During the time of ancient Egypt, the pharaohs used to worship this spice, using it as a key ingredient to embalm the dead. On the other hand, the Persians used it to dye garments and to aromatize, while the Greeks used it to give a pleasant essence to their clothes and their salons.

As a curious fact, it is said that the cloak of King Henry VIII of England was dyed with saffron, like the mantles of many Buddhist monks.

Saffron and Its Various Properties

In case you did not know, saffron is not only spice with an incredible aroma and flavor, but also has extraordinary properties that promote our health, and also have a considerable amount of nutrients to provide the body.

What is saffron used for?

Among the main properties that are attributed to this species, it can be used for the following:

Uses of Saffron Spice as Medicine

In addition to its culinary uses, saffron has served to relieve a large number of ailments in the body, this thanks to its multiple therapeutic properties.

In this way, this spice has been used in the treatment of stomach and menstrual pain, constipation, gas, abdominal inflammation, muscle pain, impotence, and insomnia, among other problems that diminish our quality of life.

Here are some effective remedies based on saffron to treat different conditions:

Other uses of saffron that you did not know

In addition to the uses of saffron, this spice has other applications that you may not have known about.

What benefits do we get from saffron?

There are many benefits we can receive from saffron, among them, we find the following:

Contraindications and side effects of saffron?

Although it is true that it is a very beneficial spice for health, there are some contraindications and side effects that have been linked to the saffron consumption, which must be taken into account, in order to avoid complications.

Thus, we find that saffron is contraindicated in the following cases:

It is proven that high doses of this spice can be toxic to the body, causing adverse effects, such as:

Dose: For this reason, it is recommended to consume no more than 1.5 g of saffron per day.

« What To Eat To Keep Body Cool In Summer? Ayurvedic Diet Tip For Summer
Indian Massage – What Are The Benefits Of Getting Indian Massage? »